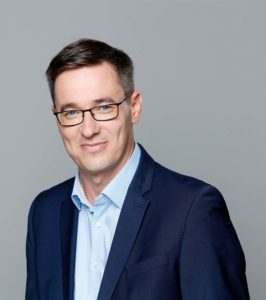 I would like to welcome you on behalf of the Municipality of Budapest and all partner organisations, who helped organise this event, including our generous host, the Central European University Democracy Institute.

We are honoured that you have come here to share your knowledge and thoughts and commitment   to democracy with us, and we are very much looking forward to these days of intensive work ahead of us.

Let me briefly outline how I see what this forum is about.

This forum is about the sustainability of democracy.

It indicates that all of us here care for democracy and feel that it is a relevant question whether and how it can be sustained.

This, in turn, shows that in our understanding, it is not obvious that democracy can be sustained. We feel that democracy is facing some sort of threat. And the fact that we are here suggests that we think that there is something we can do about these threats.

Ways can be worked out to avert them.

Institutions can be adapted to changing circumstances. Injustices that alienate people from democracy can be rectified. Spaces for democratic dialogue can be reinvented. And global crises that put democracy in danger may be meaningfully addressed through democratic processes.

This is the hope that brought us here today, and this is what we will be working on at this forum.

Before we start, it’s worth pausing for a minute to reflect on our motivation. Why is democracy so precious? Theorists of democracy have tried to answer this question in different ways.

Some philosophers argued that democracy is desirable because it’s the form of political organisation that makes liberty possible — “liberty” understood as every person’s right to self-determination to be the masters of their lives.

Living in a community, there are unavoidable limits to the self-determination of the individual. The community can only function if it adopts some rules and policies that bind everyone. The best approximation of liberty can be achieved if these are adopted through institutions and procedures which give all an equal opportunity to participate.

So equality is just as central to the democratic ideal as is liberty.

Some add that democratic decision-making processes create a space of rational debate, in which the moral justifiability of the laws and the policies is discussed. So, it adds to the moral value of democracy that produces laws and policies that emerge from such a public debate.

Some think that the mere fact that democracy gives some share of power to everyone, makes it responsive to the needs and interests of its citizens. So, democracy is more likely to produce better and more fair results than its alternatives.

Even if we don’t discuss these theories every day, our debates about democracy are infused by these ideals. If the whole point of democracy can be described in such terms, the bar is set very high for democracy. These ideals are very hard to live up to.

In a way, democracy is almost always in a crisis, because it has a promise on which it is very difficult to deliver. Understanding how and why democracy fails to deliver on its promise, and how it could ‘fail better’, is a useful guide for all of us who would like to make it more sustainable.

Let me offer you a few examples.

Think of the poverty that exists in our democratic societies. Extensive poverty, causing lasting suffering and hopelessness, is not just a failure of social policy. It is a scar on democracy itself. Democracy is supposed to produce good and fair results. If it does not eliminate avoidable suffering, something is wrong.

Or think of those who are not extremely poor, but whose lives are consumed by their struggle for survival. What about their political equality relative to those who get what they need with much less effort, and have time to spend on learning about and trying to influence public matters?

Or what about the political equality of most of us relative to those who have great economic power, and routinely influence law and policy in ways the average citizen cannot even dream of?

Material inequality, especially if it is big, is a serious challenge to political equality, And therefore it is a challenge to democracy too.

It is normal to have disagreement in a democracy, even on important and sensitive matters. But this may be much easier to tolerate for those who feel safe, than for those who do not. Widespread anxiety is, again, not just a matter of policy. In the long run, it may prevent us from being comfortable sharing a political community with those who disagree with us, and so it is harmful to democracy.

These are not just theoretical considerations. One of the most important lessons to learn from the backsliding of the new democracies that emerged about 30 years ago in the eastern half of Europe is that poverty, hopelessness, inequality, and an atmosphere of anxiety and insecurity hurt democracy badly.

This phenomenon is of course not limited to the new democracies. From the 1970s, the division of national income between labour and capital shifted towards capital at the expense of labour, in most advanced democracies. Globalisation, technological change, capital concentration, and changing approaches to welfare and labour law are to account for this tendency. These changes may seem hard to avoid in the present state of global capitalism. But the resulting growth of anxiety and insecurity may bring about a slow decline of democratic attitudes even in the most entrenched democracies.

So, if you ask me how to make democracy more sustainable, this is the first thing that comes to mind. Try to resist this tide. Try to build fairer and more equitable societies.

The tendency that an ever-greater share of the benefits of economic growth concentrates in the hands of a few, comes at a time when we can no longer turn our heads away from the fact that we live on a finite planet, with terrible global inequalities. Economic growth can be made smarter and cleaner, but maybe it’s time to base the peace and stability of our societies on principles other than the limitless growth of consumable goods and services.

Climate change and biosphere degradation threaten to make the planet much less hospitable to the generations to come. It is our responsibility to keep these changes under control as much as it’s still possible. Among many other devastating effects, these changes may force millions of people to flee from places that can no longer sustain them. Looking for a new home, their eyes will be set on parts of the world where life is relatively safe and good. This will place advanced democracies under huge pressure. If we are concerned about the sustainability of democracy, we should double our efforts to protect the climate and the planet, even if it requires sacrifice.

As more of our critical problems go beyond national borders, supranational political organisation becomes increasingly important. This gives rise to another serious challenge. The inaccessibility of national political institutions is already a major frustration to many people. This is even more true of supranational institutions, which, to most of us, seem to be beyond the reach of democratic accountability. This problem cannot be solved without institutional innovation aiming to open up new ways for democratic control and participation. This is easiest to start at the level of political organisation that is the easiest to access for the citizens, and the local governments. One initiative pointing in this direction is the Pact of   Free   Cities that will have its summit on the sides   of this forum.

Another crucial phenomenon is the transformation of the platforms on which matters of public interest are discussed. Online media outlets that provide content free of charge, and the emergence of social media, have brought about profound changes in the media market. It has become increasingly difficult to finance independent quality journalism. The number of sources most of us have reason to trust is shrinking. Politically controlled outlets, bending facts to promote political agendas, have quickly spread. We have come to a point where we cannot even agree upon what the basic facts are, let alone how to make sense of them. The emergence of politically engineered alternative realities gives rise to a polarisation in which we increasingly lose sight of what we could agree upon. Disagreement is essential to democracy, but so is the ability to find common ground. Without it, the intelligent, rational, deliberative aspect of democracy vanishes into thin air.

The populism of our day thrives in this atmosphere. As an easy and comforting answer to the pressing global problems, it offers denial and reclusive nationalism. It actively dismantles the spaces in which our public matters could be discussed rationally. Instead, it feeds feverish and divisive narratives to its audience through the media it controls.

The main object is to tell the people who their enemies are. The ‘undeserving poor’, the migrants, the ‘liberal world elite’, the IMF, Brussels, NGOs receiving foreign funding, the founder of this university, the Roma, sexual minorities — anybody but their real oppressors.

In government, populists bend the institutions of democracy in their own favour, creating a hybrid of democracy and autocracy whose inertia is pulling away from democracy, towards   an ever more complete autocracy. A case in point is of course the regime that currently rules this country. A case from which much can be learned. But this should be the topic for another talk.

In this one, my aim has been to identify a number of challenges to the sustainability of democracy. Some of these arise from the fact that the democratic ideal is very demanding. Some arise from the present state of the world. And some are related in particular to the recent rise of authoritarian populism. I have only had time to very briefly touch upon these issues. But I’m sure that the combination of academics, politicians, public officials, and civil society leaders that this forum has brought together is   the best mix of competences to identify the most relevant questions, and to hammer out actionable answers. I wish us all the very best in this immense work.

Watch the video from the panel